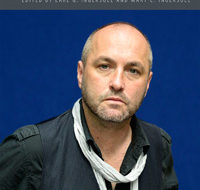 « What a spectacular gift, really-it should knock us to the ground with humility. . . the fact that we can weave something real out of the imaginative realm. »

Conversations with Colum McCann brings together eighteen interviews with a world-renowned fiction writer. Ranging from his 1994 literary debut, Fishing the Sloe-Black River, to a new and unpublished interview conducted in 2016, these interviews represent the development as well as the continuation of McCann’s interests. The number and length of the later conversations attest to his star-power. Let the Great World Spin earned him the National Book Award and promises to become a major motion picture. His most recent novel, TransAtlantic, has awed readers with its dynamic yoking of the 1845-46 visit of Frederick Douglass to Ireland, the 1919 first nonstop transatlantic flight of Alcock and Brown, and Senator George Mitchell’s 1998 efforts to achieve a peace accord in Northern Ireland. An extensive interview by scholar Cécile Maudet is included here, as is an interview by John Cusatis, who wrote Understanding Colum McCann, the first extensive critical analysis of McCann’s work.

An author who actually enjoys talking about his work, McCann (b. 1965) offers insights into his method of writing, what he hopes to achieve, as well the challenge of writing each novel to go beyond his accomplishments in the novel before. Readers will note how many of his responses include stories in which he himself is the object of the humor and how often his remarks reveal insights into his character as a man who sees the grittiness of the urban landscape but never loses faith in the strength of ordinary people and their capacity to prevail.